RALEIGH, NC (January 10, 2019) — Fuquay Coworking (by Empowered Ideas) was voted by the Triangle Community as the “Best Place to Work” in WRAL’s Voters’ Choice Awards (VCAs), during a special invite-only ceremony on Thursday, January 10, 2019.  Fuquay Coworking was nominated and selected as a finalist in October of 2018, and a second round of voting ended in December. Among the prestigious list of finalists were RTI International, UNC REX Hospital, SAS Institute, and Duke University.

“To be included in such an amazing group of businesses and organizations was in itself a huge honor.
We never expected that we’d actually win against so many well-respected and valued organizations in the Triangle area.”

The entire Southern Wake entrepreneurial community rallied to support Fuquay Coworking, and their social media platforms exploded as word got about about their First Place Award. RTI International took home Second Place, with UNC REX Hospital taking home Third Place in the VCAs. Honorable mentions were made for the prestigious SAS Institute and Duke University.

In addition, several other Fuquay-Varina, NC businesses were represented at the awards ceremony, including TCB – The Corner Biergarten who took home First Place in the “Best Neighborhood Bar” category.

“I can’t believe it actually happened! We have the most amazing customers ever!” 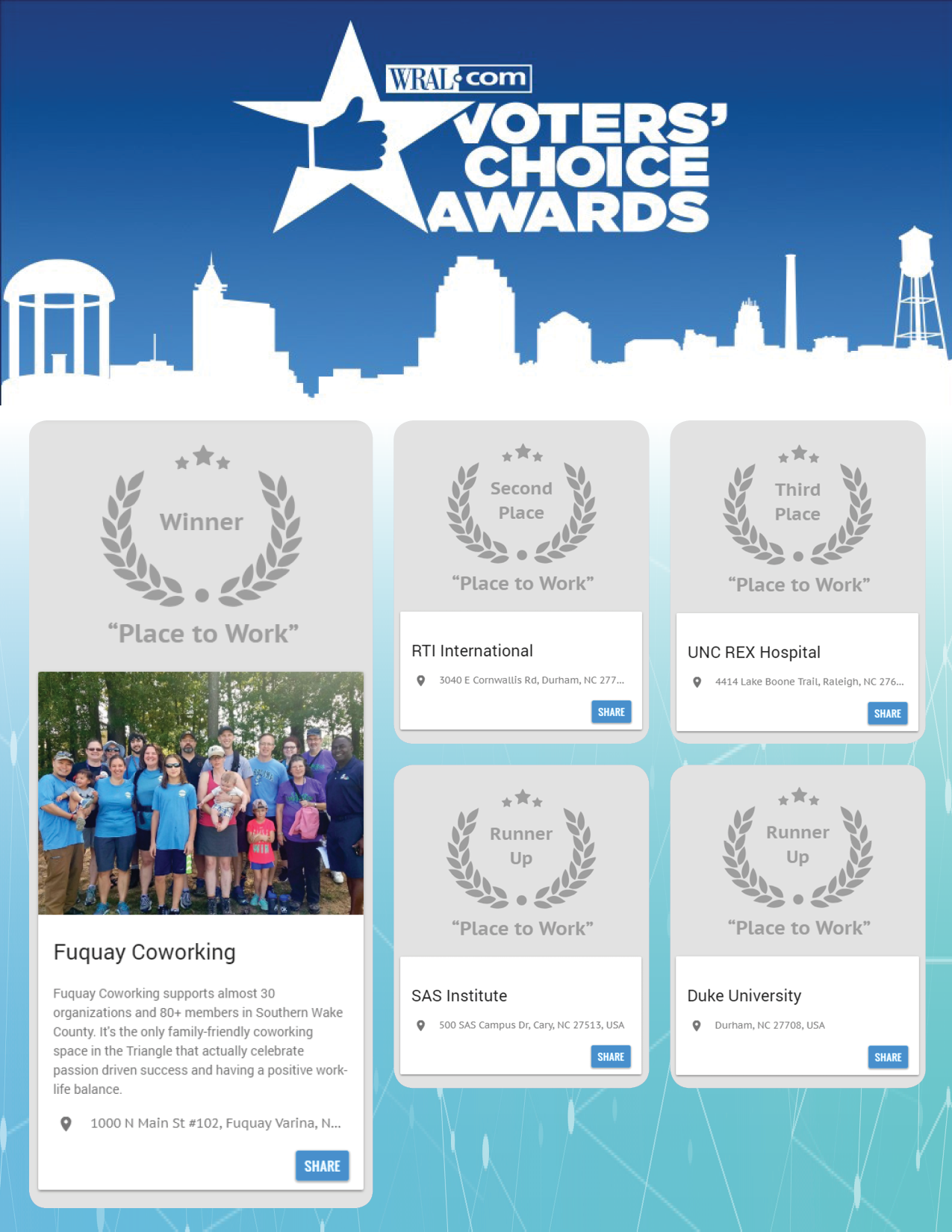