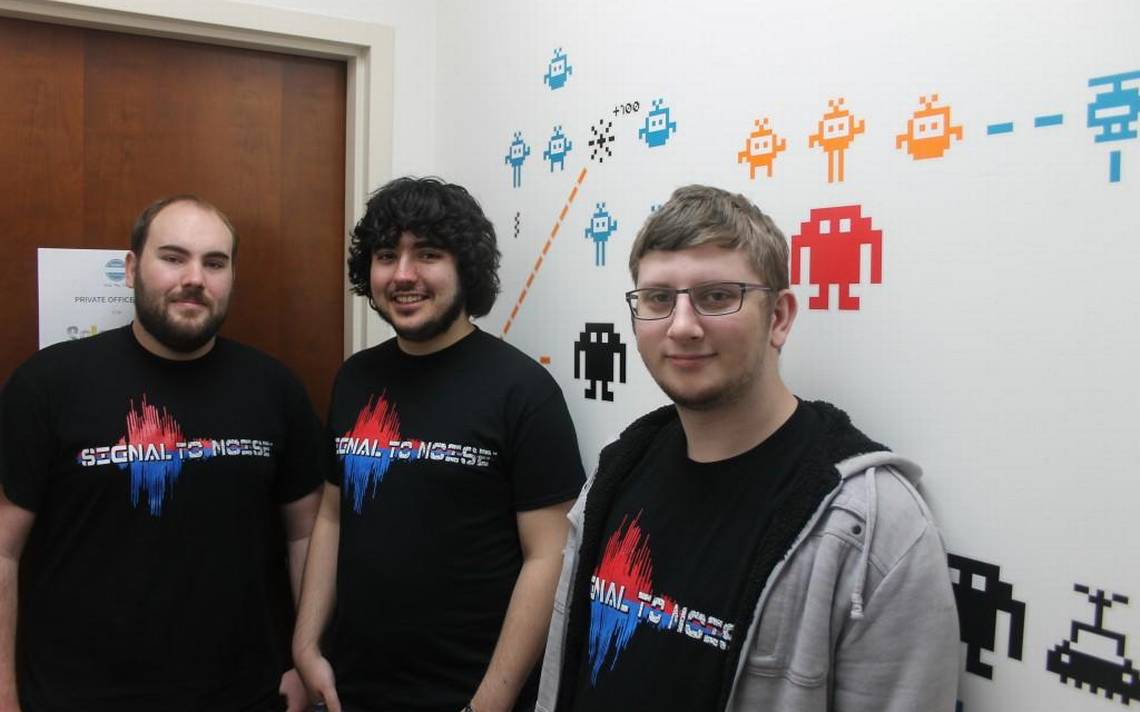 “Classical musicians, jazz lovers and punk rockers don’t often agree on much. But they won’t have to when playing the newest video game from Fuquay-Varina studio, Solanimus.

The game, called “Signal To Noise,” lets the user pilot a spaceship to the music of his or her choice. Along the way, players have to shoot down enemies, dodge spikes, avoid lightning bolts and defeat bosses. The background music determines the layout and intensity of those enemies and obstacles.

“Signal To Noise,” released in November, already has landed partnerships with Nintendo and Durham-based record label ReverbNation. An early version of the game was given the “No. 1 Coolest Thing” award at Durham’s Escapist Expo, a 2013 convention.

For a while, there only was room for one desk in the tiny office, so Prince sat on the floor. But now they’ve made enough money to hire several more employees and rent a space at Fuquay Coworking with enough desks for everyone.”